Many researchers believe that male eating disorders we are seeing today are just the tip of the iceberg. Eating disorders in males have not received attention until recently for several reasons which include: 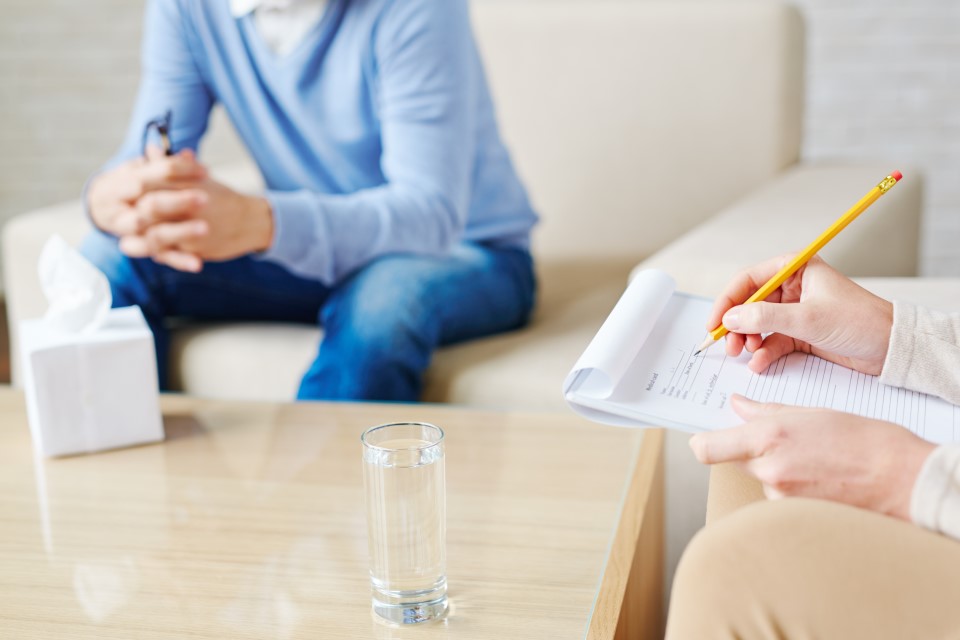 Eating disorders in males were first noted in 1689 when English physician Richard Morton described two cases of “nervous consumption,” one in a male patient. In 1874, Ernest Charles Lasegue and Sir William Gull made other case reports of males with anorexia nervosa.

After these key early cases, males with eating disorders were marginalized, deemed “rare,” and forgotten about until 1972 when Peter Beaumont and colleagues studied anorexia nervosa in male subjects. Until quite recently, males were excluded from most of the treatment studies that led to the development of diagnostic criteria and to treatments for eating disorders. Less than 1 percent of all eating disorder research focuses specifically on males.

Consequently, eating disorders have been viewed through a female lens. Under the Diagnostic and Statistical Manual of Mental Disorders-IV-TR (current until 2013), one key requirement for the diagnosis for anorexia was amenorrhea — loss of a menstrual period. Men were physiologically incapable of qualifying for a diagnosis of anorexia nervosa. Imagine that — unable to be diagnosed due to an anatomical impossibility!

Some researchers propose that the more common presentation of eating disorders in men is muscularity-oriented disordered eating or muscle dysmorphia, initially termed reverse anorexia and sometimes called bigorexia. Muscle dysmorphia is currently technically categorized as a type of body dysmorphia, which itself is a type of obsessive-compulsive disorder.

In muscle dysmorphia, the body type desired is not thinner as we see in traditional female anorexia, but bigger and more muscular. This corresponds with the traditional societal view of the ideal male body. The core symptom of muscle dysmorphia is a fear of not being muscular enough. The associated symptomatic behaviors often include compulsive exercise, disordered eating characterized by protein supplementation and dietary restriction, and the use of supplements and performance-enhancing drugs or steroids. It can also include distinct and alternating phases as people vacillate between eating first to increase muscle and then to decrease body fat.

Researchers have also observed “cheat meals,” planned high-calorie meals, in the service of this muscular ideal. As with behaviors seen in the more typical female presentation of eating disorders, these behaviors also carry significant medical risks. However, they often fly under the radar as they are commonly believed to be healthy behaviors. One study indicated that as many as 53 percent of competitive bodybuilders might have muscle dysmorphia.

A myth is that most males with eating disorders are gay. A frequently cited study in 2007 showed a higher percentage of gay than heterosexual males with diagnoses of anorexia nervosa. Based on this study, it has often been assumed that a male patient with an eating disorder is most likely gay.

All of the various assessment tools commonly used to assess eating disorders were designed for use with females. As a result, they may not adequately identify an eating disorder in a male. For example, the Eating Disorders Inventory includes the item, “I think my thighs are too large.” This item is less likely to be endorsed by males because it does not reflect their body image concerns.

The Eating Disorder Assessment for Males, a male-specific assessment tool, (EDAM), is under development. An item that corresponds to the EDI item above might take the form of, “I check my body several times a day for muscularity,”— more oriented toward traditional male concerns. The availability of new tools such as the EDAM should help more males get appropriately diagnosed.

There currently exist no specific treatments for eating disorders in males. When males have been included in studies, they seem to respond well to the same treatments that have been successful for females with eating disorders, especially cognitive behavioral therapy for adults and family-based treatment (FBT) for adolescents and young adults. FBT has also been successfully applied to adolescent muscle dysmorphia. Such treatment may focus more on limiting exercise and preventing excessive protein intake than on weight gain.

The treatment of male patients should address the stigma of being seen for what is commonly known as a female disorder. Treatment with males often focuses more closely on addressing exercise, which is often the first symptom to present and the last to remit.

A Word From Lois Bridges

If you or someone you care about is a male with an eating disorder, do not hesitate to seek help. While reaching out for help may seem scary, it is an important first step in overcoming a disorder that can be treated.  Contact us today and speak to us in confidentiality.