‘I was filled with self-hatred’: Irish man on his 14-year eating disorder and why he wants to end the stigma

I sat on the floor of a city centre gym with my trainer, Conor. It’s one moment that I remember vividly. He looked deep into my eyes and said “Neil, you still aren’t eating, are you?” I was 23, underweight and doing an intensive personal training programme, thinking it would cure my eating disorder. Just as in other times, I had thought Atkins, or raw food, or whatever else would be the answer to my nightmare.

I turn 40 next birthday. From the age of 11 until 25, I lived with the secret torture of eating disorders, mainly bulimia. This is a brief snapshot of those times, the first time I’ve ever written or reflected on it. 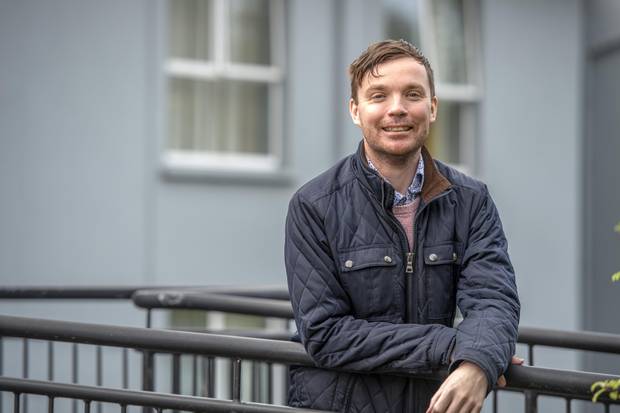 Neil Fox talks about his battle with bulimia

It’s still not the typical bloke conversation even for someone as open minded and at times outspoken as myself. While there is some acknowledgement of boys and men developing addictions to steroids in pursuit of the “ideal masculine physique”, it’s rare that those with anorexia or bulimia are discussed, the pronoun used is still almost exclusively female. As for men with a binge eating disorder, aside from lads’ jokes about it, it doesn’t get the same understanding or empathy by half.

While most men with eating disorders are heterosexual, it’s believed that homosexual and bisexual men are more vulnerable to succumbing to them. Throw in confused ones, like I was, and it’s a recipe for disaster.

I don’t remember the first time I began restricting my food intake but it was around age 11. For the initial period of years it was a case of throwing food in bins or skipping meals whenever possible, secretively of course. While not healthy behaviour, it was mild for a good while. Strict diets followed later but it wasn’t until the vast binges on food began in my mid- to late teens that it really took over.

(Because I know all too well how discussing particular foods and weights can trigger those vulnerable to eating disorders, I am choosing not to go into specific details.)

Starving or bingeing became the norm in my life. The nature of bulimia is that bit more easily hidden. My weight, while usually low, never went up or down too much and given my age, it was seen as my normal weight and frame.

The reality was very different

In the months following my 21st birthday there was little point in pretending that there wasn’t an issue. My weight plummeted as in addition to making myself sick several times a day, I was spending hours running or speed walking. I’d do exercises in my bedroom at night too as sleep was a rarity at that stage. My mind was constantly active and I was filled with such self-hatred, it was as if I was hell-bent on punishing myself.

Doctors didn’t spot it. One whom I tried to explain it to suggested I drink Guinness and eat pasta to build myself up, another said coffee was my problem! But I really had begun to be desperate to find a way out of what was taking over my mind and obviously endangering my health. The nutritional and electrolyte imbalances, mood swings, stress, exhaustion and, of course, my body’s reaction to constant purging, were worsening.

A friend of mine was taking an evening course in meditation and thus began an unusual journey out of bulimia for me. I went along and joined another weekly class too.

It somehow very gradually helped me connect with my body and soul, if you like, in a way that was not hyper critical, demeaning or abusive. I had been putting my body through hell up till then.

I found a coffee place, Gloria Jean’s on Clarendon Street in Dublin, and I’d go there for daily reading, trying to understand my problem and what was driving it. I found great help from Geneen Roth’s books, especially Feeding the Hungry Heart and When Food Is Love. I began counselling in eating disorders at Marino Therapy Centre and was the first man and usually the only one back then to attend the life-changing group therapy sessions with Maria Campion each Tuesday evening.

It is over 15 years now since I recovered from bulimia. It was a gradual process to see it finally leave me. There had been so many false starts, none lasting more than a few days at most, when I would eat relatively normally (by eating disorder standards) and refrain from self-induced vomiting and ignore the screeching temptation in my head to starve and run or walk for hours to work off the meagre amounts I’d finally managed to keep down.

Nearer the end of the condition which had consumed more than my body fat – it had really ate away at my very being – I started to call these short periods free from it “tasting freedom”.

Even at my worst I knew deep down that I had to break free of my eating disorder. I never really felt it was normal, the denial was more about the effects it was having on me and other possible consequences. I never really believed it was as serious and dangerous as it was and if in any moment I might have had such an inkling I’d turn it in on myself, lambasting myself for being such a pathetic failure at life. The secretiveness of the condition certainly fuelled the shame also.

The behaviours gradually dissipated. Suddenly they were gone. They’ve never returned. The challenge is the black or white thinking I’m still prone to, and self-loathing can creep in all too easily still at times.

But the key to a lasting recovery is self-compassion. I am still the same person who developed bulimia to deal with my issues – for want of a better term. The challenge is to be able to live with all my contradictory sides – the good, the bad and the in-between – without turning on myself.

Food is not really something that comes into my head much, I don’t plan days around it. I eat when I’m hungry and try to rest, exercise and keep perspective. I’ve battled other things since so life is not perfect – but then it wouldn’t be life. My body certainly no longer feels like my enemy and food is just what food is to me now. It’s neither enemy or lover. That did not happen overnight, of course. The only thing in life I rule out is diets. They don’t work as much as the billion-euro industry like to tell us otherwise.

My message is simple. It’s possible to make a complete recovery from eating disorders. But men need to speak out too.